The actual phrase “penny wise, and pound foolish” is often mistakenly credited to Benjamin Franklin, but it actually originated with an Oxford Scholar named Robert Burton in his book, “The Anatomy of Melancholy” written in 1621!

And yet the phrase is nowhere more relevant than when it is applied to DHW installations where mixing valves are sometimes omitted for small overall reductions in material cost or piping complexity in a commercial, domestic hot water setting.

So here’s “penny wise and pound foolish” as applied to your domestic hot water system.

The Purpose of a 3 Way Mixing Valve in DHW

In DHW applications using traditional direct-fired storage tank systems, a mixing valve has always been an important part of the overall system design as shown in the graphic below: 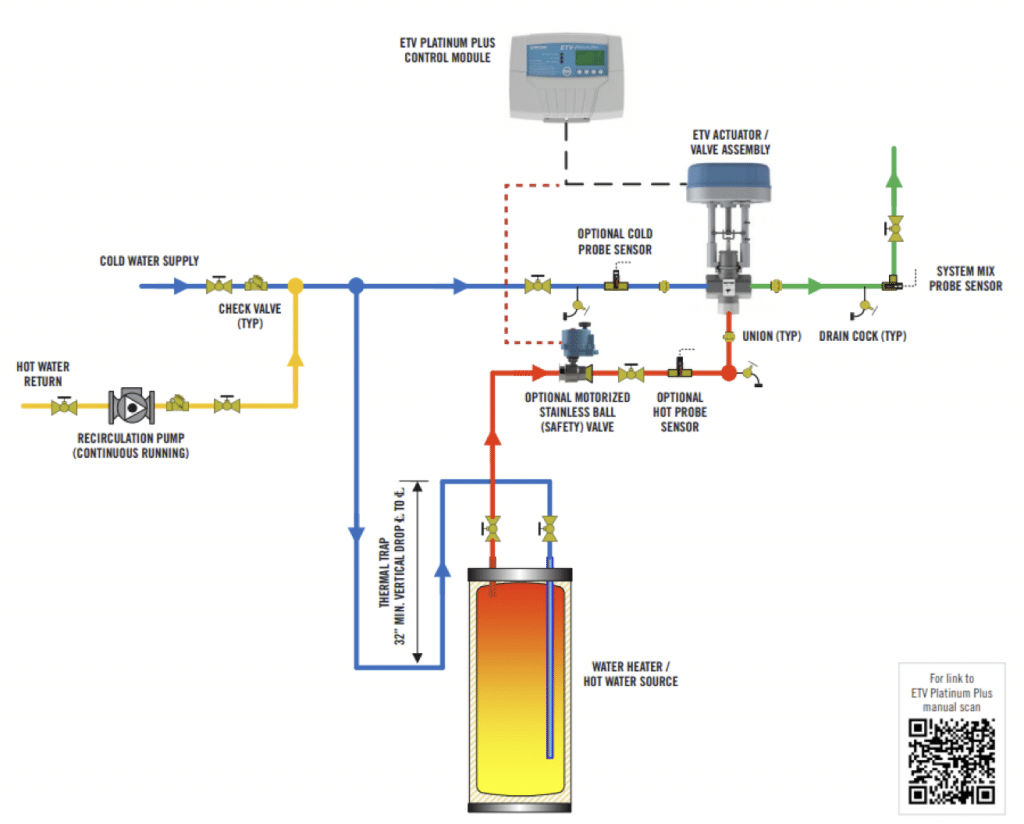 According to the Centers for Disease Control & Prevention (CDC), incidents of Legionnaire’s disease have been on the rise for over a decade. 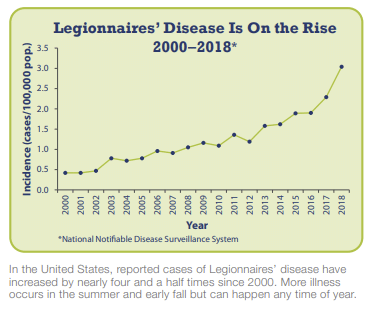 These numbers are just what is reported of course. The National Academies of Sciences, Engineering, and Medicine estimates that as many as 70,000 people may suffer from the disease each year, according to a report released in August 2019. The disease can cause severe sickness and even death. Individuals with a history of health issues, smoking or who are over 50 are even more at risk. For facilities, the consequences of finding the bacteria can be catastrophic, even if not deadly. The water must be shut off, expensive mitigation strategies can be required, there is almost always negative media coverage often national, and of course, there is the potential for lawsuits or even financial ruin.

It turns out that there is a lot of misinformation out there about what does and doesn’t compromise the integrity of a domestic hot water delivery system. Some of this misinformation is even propagated by manufacturers of tankless system who want you to believe that their on-demand systems are safe to run at much lower temperatures, thus saving energy.

The truth is however quite simple and the science behind it is easily available on the websites of Federal regulatory agencies like the CDC, the World Health Organization, and private research companies. 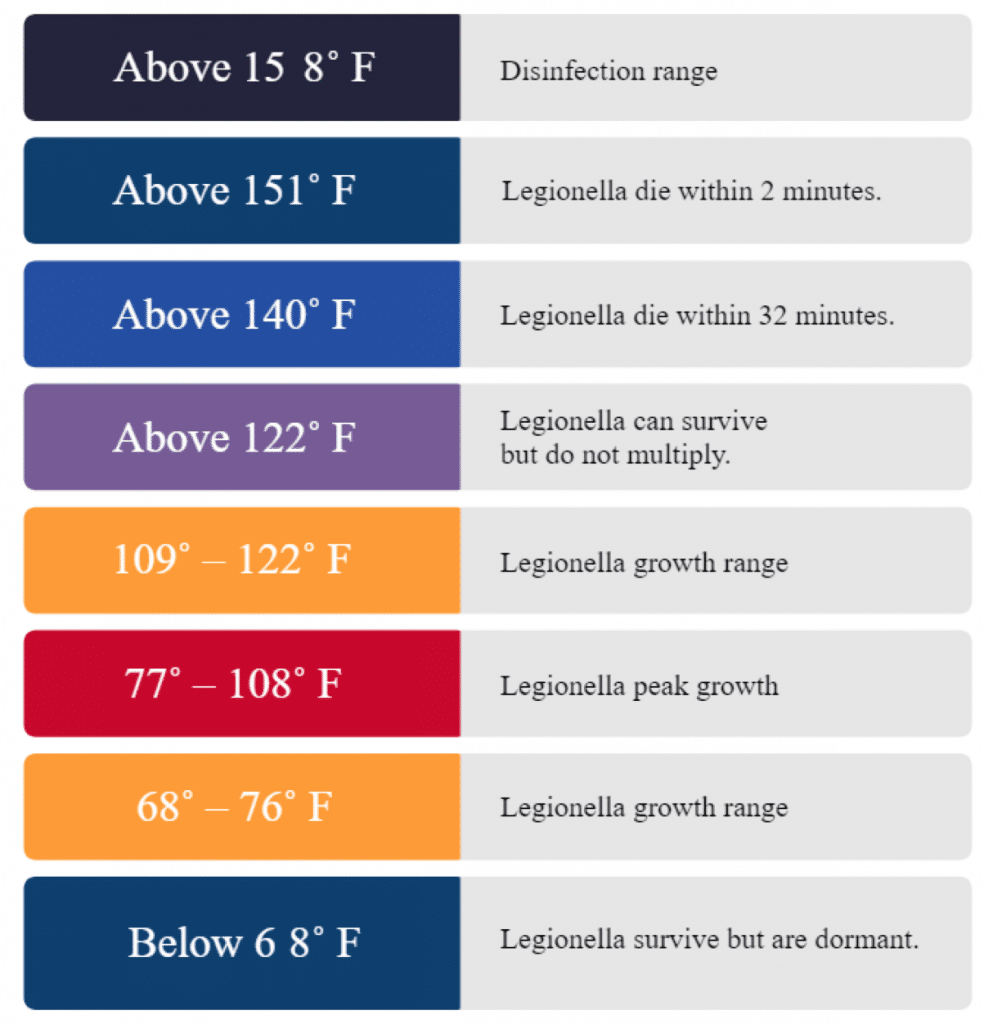 The disinfection of your hot water is dependent on two primary things:  The temperature of the hot water and the time it remains at that temperature.  Period. And the only way to manage the proper disinfection of hot water, without risking scalding injuries at the fixture, is through management of water temperatures using a 3 way mixing valve.

Heat-Timer® recognized a while ago that installers needed a simpler and faster solution to the installation of 3 way mixing valves. That’s why we developed the Electronic Tempering Valve (ETV) and the Electronic Tempering Station or ETS. The ETS provides installers the convenience of a pre-piped and pre-wired assembly of the ETV valve and module. The installers only need to connect the hot and cold water supply, and provide power to the controller to have a completely safe, pre-plumbed solution to domestic hot water safety.