Let’s face it: comfort in your apartment complex or commercial building is driven by the proper operation of your HVAC system. But HVAC is often the largest component of your building’s energy bill. As a result, new trends and technologies in HVAC are turning their focus toward efficiency. And for complex, distributed boiler systems to be efficient, its all about computer controlled automation.

Here’s a few of the trends that the professionals at Heat-Timer® think are shaping our industry in the coming years.

The Move to Smart HVAC Controls 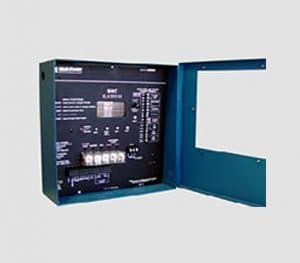 schedule, but today’s controls are now being built with more precise sensors. In modern implementations these sensors are out in spaces gathering information about what’s actually going on in various areas of a building. Sensors accurately detect the level of activity that’s actually occurring in the building in real-time and then modulate the equipment accordingly.

Add to this, that many of the sensors like those used in Heat-Timer® Platinum Control systems are actually wireless, making installation into existing buildings much easier and quicker.

Integration into a BMS

Building automation is a programmed, computerized, intelligent network of electronic devices that monitor and control the building services and systems in a facility. The aim is to create an intelligent,efficient building and reduce energy and maintenance costs for the building

A heating control system like our HWRQ Platinum can function independently acting like an energy management system for your heating equipment. But forward looking building managers are bringing in BMS systems that handle the automation of things like lighting and alarms, sprinkler systems, and more. In this case, a system like our Platinum series heating controls can act like the heating control subsystem for the BMS, sending it data through an industry standard interface, while allowing the BMS to take advantage of the industry leading control algorithms in our system.

Although HVAC equipment is traditionally designed to operate at peak load – the biggest expected heating or cooling load – it spends most of its time operating at part load. As a result, there’s a lot of heating and cooling systems that may be fairly oversized because those peak loads are only happening a really small portion of the year.

To combat the issue, manufacturers are developing more efficient variable speed controls. Newer equipment is more right-sized for the applications, and has become very efficient at operating at those variable load conditions resulting in higher efficiency and less waste.

Heat-Timer® is Riding the Automation Wave

With features like self-learning controls, wireless sensors and alarms, and control algorithms that understand virtually any boiler configuration, our HVAC control systems are trendsetters, saving building owners more money on their energy costs than ever before.

Contact your HVAC professional today, and ask for Heat-Timer®